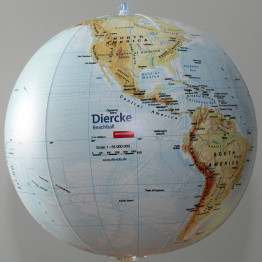 In addition to introducing working with maps, the atlas focuses on topics such as migration, the global economy, digitalisation, climate change etc. Various case study maps, such as energy transformation, ecological agriculture, both in Germany, water use in Spanish coastal regions or nature conservation projects in different countries, allow the reader to relate to sustainability issues.

In addition to historical views on global and continental regions (e.g. historical maps on World War I and World War II), the topic of human rights, for example, can also be considered across the board, both in a past (e.g. French Revolution) and in a current context (e.g. children's rights, equality, flight and migration). 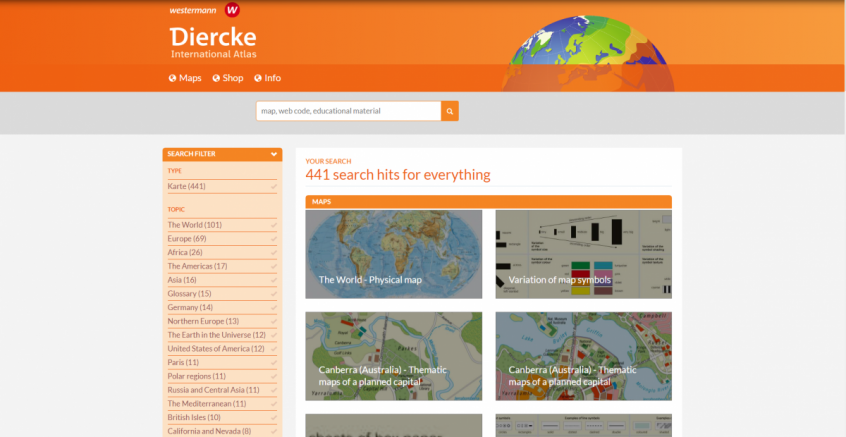 Also, it is now easier than ever before for students to find orientation both inside and with the help of the atlas. For example, the large and often used world maps – physical and political – are now located in the book covers for quick access. In addition graphical outlines of country borders are set in the margins of physical maps to illustrate proportions and facilitate comparisons.

Detailed map texts in English can be found on the website of the atlas at www.diercke.com. They convey important background information about the maps and can be used for exam preparation as well as presentations or as a source of information for assignments.

You are looking for the supplements of our bilingual geography textbooks?