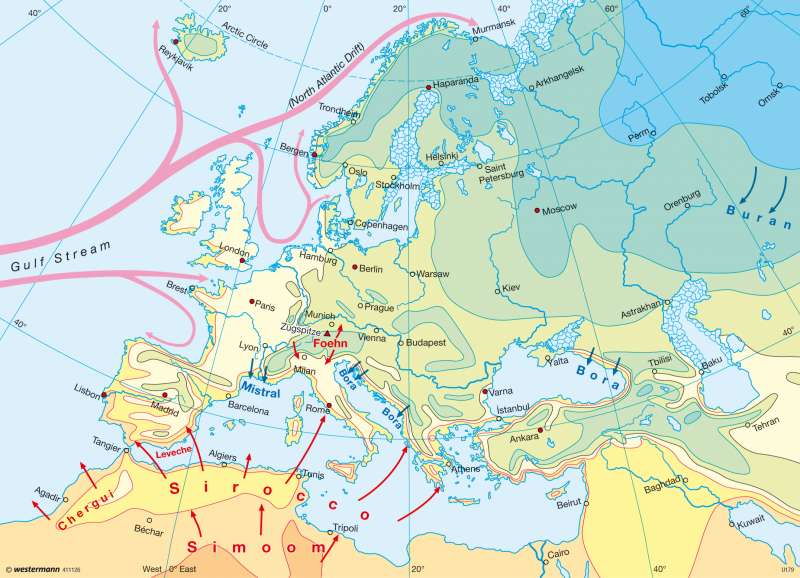 The climate of Europe is significantly influenced by the sea. This is reflected in a meridional progression from maritime conditions in the West to continental conditions in the East that is particularly pronounced in the winter (January).
The map of January temperatures is based on long-term averages computed by the World Meteorological Organization (WMO) for the standard period from 1961 to 1990. Temperature distribution clearly reflects the increase in thermal continentality along an east-west gradient in Europe. Because the Sun stands low in the sky during the winter months, the radiation balance is negative for the most part (outgoing radiation). Thus the influx of warm air from the Atlantic plays an important role. The process is driven by the exchange of air masses triggered by the westerly Gulf Stream and the high- and low-pressure areas which form below it. The prevailing westerly to south-westerly air currents over Europe bring relatively mild, moist air from the Atlantic. The maritime influence is strongest in Western Europe.
The degree of continentality rises progressively from West to East as the distance from the Atlantic increases. The influence of the negative radiation balance grows stronger and causes temperatures to fall as the influx of milder masses of air from the West declines. Thus in January, the 0 °C-isotherm runs along a line from western Scandinavia through Hamburg to the French Limestone Alps. While mean January temperatures in the immediate vicinity of the coast of Western Europe range between 5 und 10 °C, temperatures in north-eastern Europe fall to below minus 15 °C.
The increasing degree of continentality from West to East is expressed in an rising in the annual temperature amplitude. In maritime Plymouth, it is only slightly more than 10 °C, while it rises to over 25 °C in the continental region between Petrosavodsk und Kiev.
P. Frankenberg, A. Siegmund, D. Volz; U: J. Southard 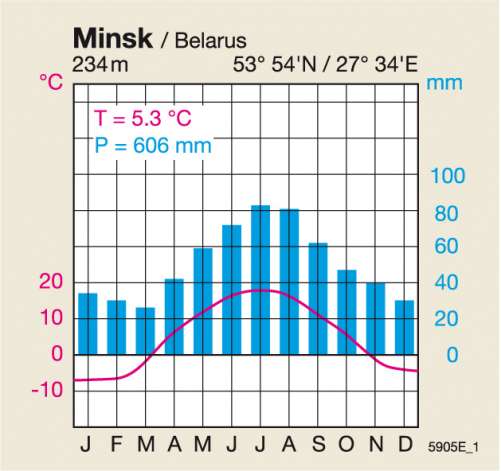 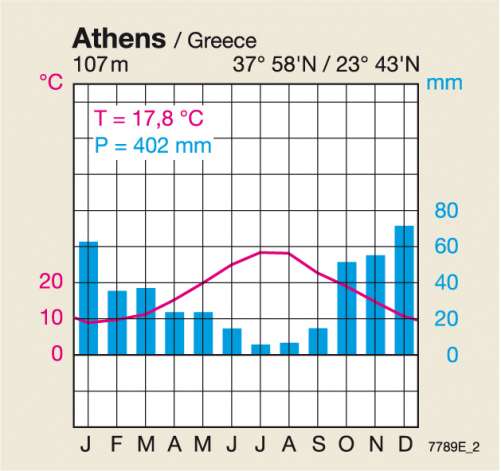 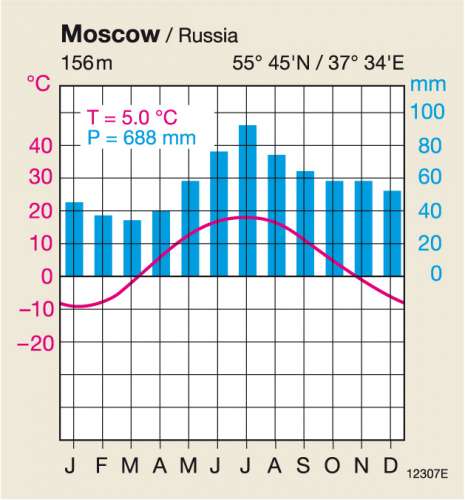